According to official statistics, there are almost 4.6 million people with diabetes in Russia. And twice as many according to the inofficial one. Despite the fact that diabetes is not curable, people still can have high quality of life with it. Especially with a professional approach to health care. That is why millions of people with type 1 and 2 diabetes mellitus successfully inject insulin on a daily basis. The latter is developed, among others, by the Medsintez plant, the largest pharmaceutical manufacturer in the Middle Urals.

When the Body Underperforms

Insulin is a hormone-type protein. Produced by the pancreas, it helps control blood sugar (glucose) levels. We consume glucose with food. However, to penetrate into a cell, it has to squeeze through a tiny “door” controlled by insulin. Insulin acts like a key.

In case of insulin deficit, glucose fails to penetrate cells and accumulates in the blood. This can cause the damage of blood vessels and nerves. Therefore, an artificial analogue is offered to individuals whose body is unable to produce its “native” insulin on its own.

A Long Way to the Substitution of Expensive Foreign Analogues

The Medsintez plant was one of the first in Russia industrial manufacturers of finished dosage forms of genetically engineered human insulin. In recent years, the company began to produce analog insulin. What is the difference?

So far, the Medsintez product range consists of three names:

The first clinical trials proved that Rosinsulin, the native insulin substance, really shows activity and the therapeutic effect not inferior to those of foreign analogues. Based on Rosinsulin and its analogs, Medsintez is going to deploy a full cycle – the production of both substances and finished dosage forms.

Currently, only one plant in Russia produces the native insulin substance. However, as the medicine remains in huge demand, Medsintez decided to launch its own production.
The plant has all the necessary technologies to keep the substance ultra-pure, which is of great importance for the production. The company has a unique quality control system in place, which releases only a top-quality drugs on the market.

“Infusion solutions were the first Medsintez products released in 2003, even before genetically engineered and analog insulins. Back then, there were almost no Russian infusion solutions, only foreign ones. Therefore, as soon as the plant released them on the market, the imported products dropped in price immediately. This was because we were, in fact, delivered water, while high prices were caused by transportation. The situation repeated in 2008: Medsintez began works in the insulin area, and the prices dropped by 30%. The Russian budget saved billions on purchases of the drug. Because foreign companies realized that the plant was about to enter the market and fully replace their products. So now, foreign and domestic insulins have similar price levels,” said Alexander Petrov, Chairman of Medsintez Board of Directors.

A New Product on the Insulin Market

The main problem with diabetes is abnormal blood sugar levels. To correct them, insulin is injected into the body. There are multiple ways to do this. The most popular ones include:

Most of the time, Russians can take advantage of the first option only, insulin injections with a syringe. This is because special systems and pumps are too expensive. A disadvantage with syringes is that a diabetic can never be sure of the dosage accuracy. The Medsintez plant resolved the problem: its engineers developed dedicated disposable and reusable syringe pens.

DOSAGE ACCURACY IS A KEY FACTOR IN ACHIEVING NORMAL INSULIN LEVELS IN THE BODY. THE SYRINGE PEN, WHICH FEATURES VERY HIGH ACCURACY, RESOLVES THE PROBLEM. NO DROPLET REMAINS INSIDE, AND AN OVERDOSE IS IMPOSSIBLE TOO. ALL THIS IS DUE TO THE ACCURACY, SAID ALEXANDER PETROV.

In 2018, Medsintez supplied to pharmacies all types of finished dosage forms of insulin used in modern insulin therapy: in cartridges and vials, in pre-filled disposable and reusable syringe pens.

A Project of Medsintez and the Industrial Development Fund of Russia

The project to set up the production of substances and finished dosage forms of genetically engineered and analog insulins at the Medsintez plant is implemented with the support of the Industrial Development Fund. In 2016, the Fund provided the plant with a privileged loan for 183 million rubles at 5% per annum. The total project budget is 366.3 million rubles.

The state industry support program allowed Medsintez to set up a modern genetics and biotechnology R&D lab and an insulin substance production technology development zone. Only few pharmaceutical enterprises in Moscow and St. Petersburg can boast of such labs. Those are full-cycle biotechnology companies that not only produce but also develop the drugs themselves. Medsintez is the first developer of this kind in the Urals.

The implementation of the project in collaboration with the Fund will allow to give up purchasing foreign substances and create a full-cycle insulin production in Russia. The domestic production of the substances will help reduce prices for finished insulin by 15-20% relative to import prices. The insulins will be produced in the most convenient and familiar finished dosage forms for patients: in cartridges and syringe pens.

“The project will add a lot to ensuring drug safety in Russia and the implementation of the government’s import-substitution policy in the pharmaceutical area. The Fund’s contribution in the form of a privileged loan has boosted the project implementation and supported us in general. We have seen and felt that the state is interested in the development of the socially responsible business,” said Alexander Petrov. 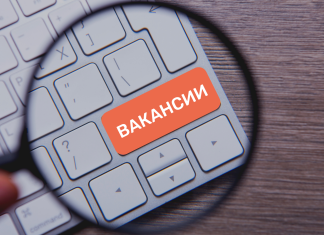 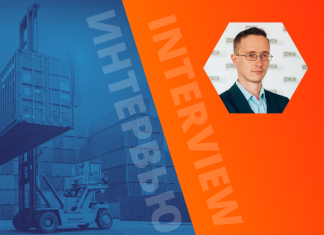 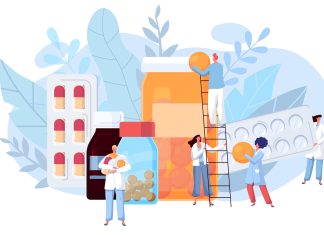