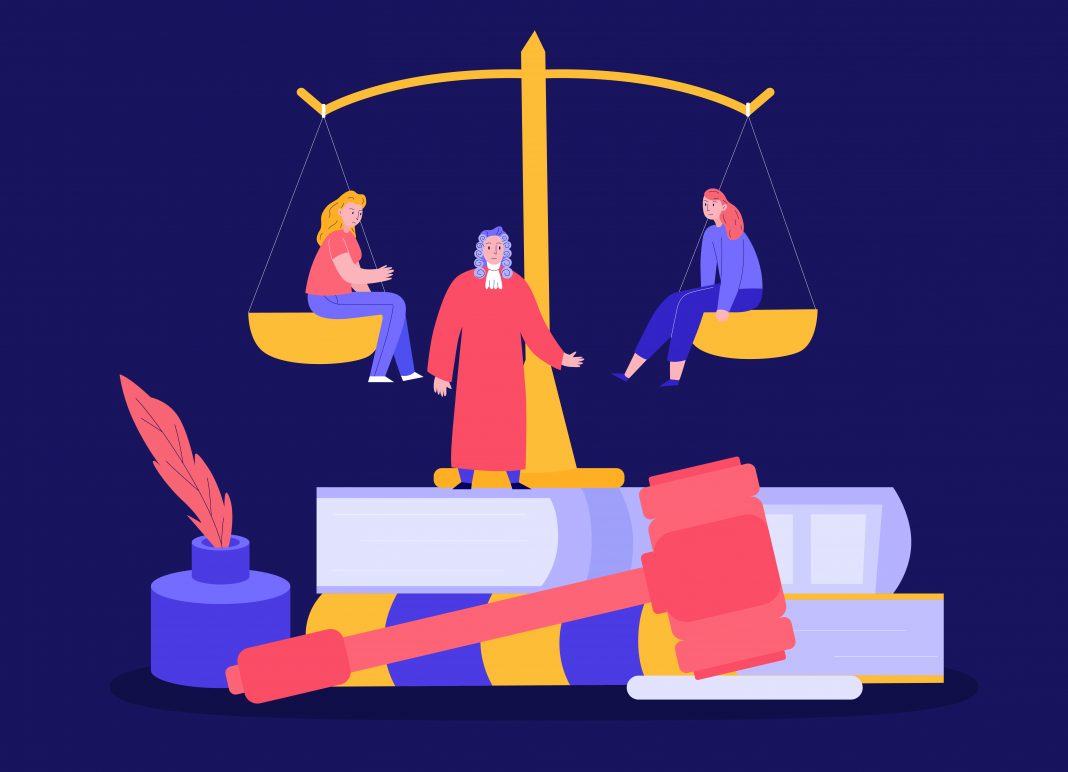 Assurance of the quality of medicines is one of the foremost goals of the pharmaceutical industry. According to the Russian laws, a medicine would meet the quality test where it satisfies the requirements of the relevant pharmacopeial article or, if there is none, those of the relevant normative documents. Both pharmacopeial articles and normative documents with respect to a medicine contain requirements not only to the physical and chemical properties of the medicine and its proper packaging and labelling, but also to the processes aimed at assuring quality both during the production of the medicine and at all stages of its further circulation. If, however, the medicine does not meet the requirements set forth by the relevant pharmacopeial article or normative documents, it will be deemed substandard (a poor-quality medicine) and, consequently, prohibited for circulation.

This is why pharmaceutical companies are increasingly focusing on creating a comprehensive quality assurance system and building their processes accordingly. One of the key components of a pharmaceutical quality assurance system is ensuring that the medicines storage and transportation processes meet the good distribution practice (GDP) requirements. Storage and transportation are difficult to administer from the standpoint of quality assurance, since they are affected by numerous objective and subjective external factors (weather, natural disasters, long chains of counterparties, etc.) that may increase risks for the quality of medicines. This results in many deviations and related disputes, including some that escalate into major court cases.

We have made a selection of principles that are, in our opinion, fundamental to the quality of medicines, that are related to compliance with the requirements of GDP and have been formulated by courts within the last 5 years:

Background: Company А (the insured party) and company B (the insurer) entered into a property insurance agreement. A fire then broke out in company А’s warehouse, causing harm both to the storage facilities and the insured products stored therein. Company А approached company B for its insurance compensation related to the products damaged by the fire. Recognising that the damage caused to the products by the fire was an insured event, company B paid the insurance money, but not in full. Since a part of the warehouse did not directly suffer from the fire, company B refused, among other things, to pay compensation for the medicines that were not stored specifically in the part of the warehouse that had been on fire. Company А claims that the fire also resulted in a violation of the conditions of storage in adjacent storage facilities that were affected by smoke, increased temperature, and moisture from fire-fighting; hence company А had to destroy all of its products located in the zone of the violation or potential violation of the conditions of storage after deeming such products substandard.

Decision: The court ruled that company A had reasons to claim the insurance compensation for the entire value of the medicines found in the warehouse zone, where conditions of storage were violated in view of the fire, including of the medicines with no visible damage, and ordered that company B pay the outstanding part of the insurance compensation.

Reasoning: During the fire and fire-fighting measures, external factors affected not only the facilities directly damaged by the fire, but also the facilities located in the zone of smoke and fire-fighting due to said external factors (including broken windows and fluctuations  in temperature and humidity), which caused a disruption of the conditions of storage of medicines kept in that zone. An expert examination of the quality of the products with no visible damage would be economically unfeasible and paramount to destruction, since it would have required opening all packages of the suspect products. Since it was impossible to meet the requirements to the storage of medicines, company A did not have to and could not sell the products of questionable quality that could present a real or potential threat to the life and health of patients.

Nota bene: In eliminating the consequences of emergencies, make sure that the measures aimed at minimising harm to the products can be traced and are documented; control the fluctuations of the indicators of the environment; ensure a swift response and relocation even of the products that have not been visibly damaged to a safe storage space.

Background: Companies А (the customer, a pharmaceutical company) and B (the forwarding agent) entered into a carriage and forwarding services agreement that provided, among other things, for the transportation of thermolabile medicines. During the acceptance of the medicines, a temperature deviation was discovered that had occurred during the transportation and was registered by the logger. The recipient refused to accept the products, and the customer decided to exclude them from circulation and then give them up for destruction. The customer sent a complaint to the forwarding agent, claiming damages, and the forwarding agent sent a counter-complaint on the recovery of debt for the services rendered under the carriage and forwarding services agreement, arguing that the customer’s explanation of the circumstances of the incident was insufficient.

Decision: The court ruled to recover damages from the forwarding agent, since it had not prevented a disruption of the temperature regime when transporting medicines, which led to the substandard quality of the transported medicines.

Reasoning: Maintenance of the conditions of storage and transportation, as set forth by the relevant normative documents, is part of the quality of a medicine. Maintenance of the conditions of storage and transportation of medicines must be uninterrupted, that is, one must be able to trace it throughout the entire circulation of the medicine and support it with the relevant documents. To prove the substandard quality of the transported goods and the damages, it is sufficient to demonstrate a violation of the temperature regime of transportation of medicines or the lack of evidence that it was not violated. Here, GDP does not provide for a hierarchy among storage conditions in terms of relevance, hence the same logic can also be extended to cover cases of incompliance with other requirements to the storage conditions set forth by the normative documents.

Nota bene: Make sure that compliance with the conditions of storage of medicines can be supported with documents throughout the entire chain of their circulation.

Decision: The court dismissed the claim to invalidate the decision on unilateral termination of the contract, holding that the supplier failed to provide evidence of the proper quality of the supplied medicine in full.

Nota bene: Pay special attention to documenting compliance with the requirements to the storage and transportation of medicines; request documents from the counterparties that prove maintenance of the storage conditions, including for the stages of circulation before the counterparty itself received the medicines.

Background: Company А (the customer) and company B (the carrier) entered into a freight forwarding services agreement, according to which the carrier undertook to ensure the delivery of the products to the destination point indicated by the customer, while maintaining the temperature regime of transportation for the relevant medicines. A temperature deviation from the storage conditions set forth in the normative documents was registered when loading the products into the carrier’s vehicle. The customer supplied new medicines to the recipient at its own expense to replace the ones that suffered from the violation of the storage conditions. The customer then sent a complaint to the carrier, demanding compensation of the cost of the replacement medicines.

Decision: The court denied the recovery of damages to company A, concluding that company A itself was to blame for the violation of the temperature regime during the acceptance of the medicines.

Reasoning: Given that the temperature fluctuation that resulted in the deviation from the required temperature occurred in the loading zone of company A’s warehouse, company A itself was to blame for such a deviation, since it failed to ensure maintenance of the temperature regime of storage of medicines in its warehouse. Since company A signed the documents with respect to the medicines handed over to the carrier after their loading into company B’s vehicle, the medicines were deemed transferred and therefore falling under company B’s control and liability from the relevant signing of the documents, which also evidences that the temperature violation was committed precisely when the medicines still fell within the scope of company A’s liability. The court received no evidence of a different allocation of liability between the parties. Furthermore, the parties never contested or raised doubts as to the substandard quality of the products due to the temperature deviation during the legal proceedings.

Nota bene: Make sure that the contract provides for a thorough allocation of liability for maintaining the conditions of storage of medicines, including in the “transit” zones of loading and unloading, and that it clearly defines the point when the risks of loss or damage to the products pass from one party to another.

All the cases discussed above unequivocally show that courts exercise prudence and take a risk-oriented approach in hearing disputes on the quality of medicines. It is crucial to maintain a well-functioning and rigorously structured process of assuring the quality of medicines at all stages of their way to the end consumer, including during storage and transportation. Compliance with the quality requirements must be documented and uninterrupted, and any deviations should be thoroughly analysed and assessed for the relevant risks for the health of patients. Each company should adhere to the golden GDP standard that “if it is not written down, then it did not happen”, while all irremediable doubts as to the quality of medicines should result in the cessation of their circulation. This approach is fully in line with both the Russian laws and the best international GDP standards, in particular, the WHO guidelines and rules, and fully meets the high ethical standards of the pharmaceutical industry that organises its work and assesses risks while always focusing on the patients. Compliance with the quality of medicines and, consequently, compliance with the GDP requirements, first and foremost, are about the life and health of patients. 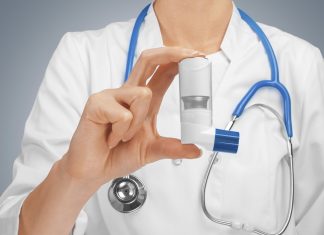 Pharmasynthesiz to produce bronchodilators in Irkutsk 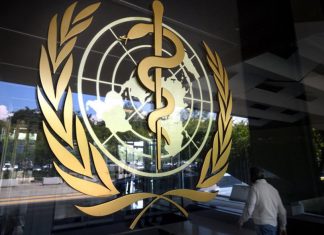 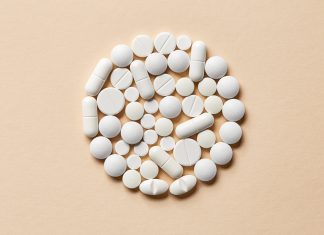