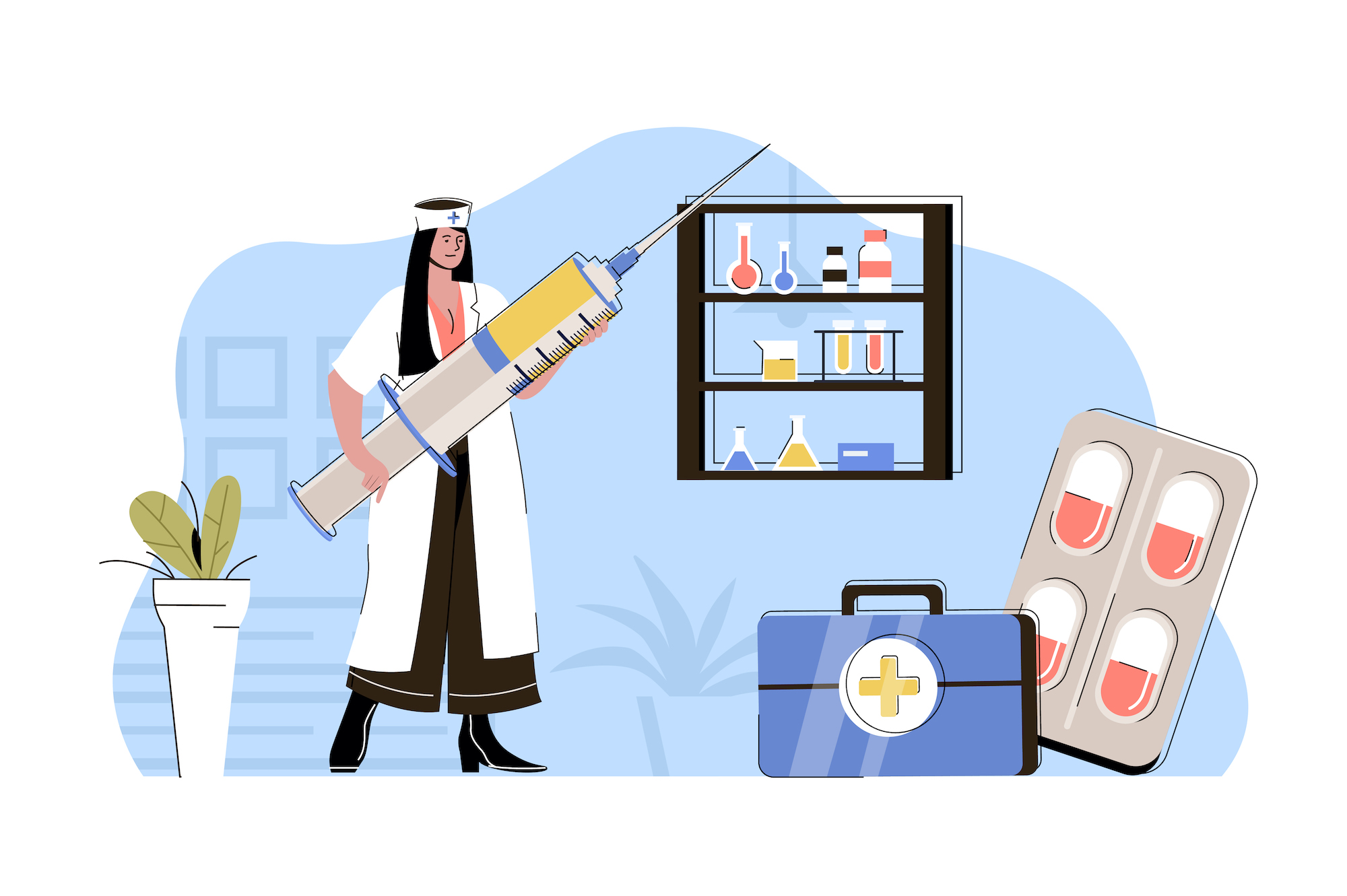 It is not only doctors who are skeptical about vaccination. Among pharmacists, 33% do not want to be vaccinated, despite the fact that pharmacy employees cannot avoid contacts with people.  64% of respondents believe that despite the ongoing pandemic, vaccination is a voluntary matter. These are the results of a study conducted in the Pharma RF community among pharmacy employees and pharmaceutical industry specialists, i. e., people with pharmaceutical and medical education.

45% of respondents have already been vaccinated, and 12% plan to be in the near future.  11% hesitate, but they tend to believe that the shot is worth having. But 33% are not going to be vaccinated (16% of them are in doubt, but feel that they would rather not get the jab). At the same time, 38% of those who have been vaccinated or are only planning to, were forced to do it.

The majority of those (26% of the total number of respondents) who are not going to be vaccinated or are in doubt are discouraged by the lack of data on the effectiveness and safety of vaccines.  5% do not get vaccinated due to the unavailability of the vaccine that they prefer, 3% have a medical exemption from vaccination, and only 2% refuse vaccination in principle.

Respondents are almost equally split in respect of the question about choosing between Russian or foreign vaccines:  52% of pharmaceutical specialists patriotically prefer a Russian vaccine, and 48% would choose an imported one if possible.

Of the Russian vaccines, the most trusted is CoviVak, developed by the Chumakov Center (33%), closely followed by Sputnik V (31%) from the Gamaleya Institute. Sputnik Light and EpiVacCorona produced by the Vector Center have the support of 6% each, while 22% do not trust any Russian vaccine.    Some of the respondents’ own answers were exotic ones,  for example, “the intranasal spray vaccine, which Valentina Matvienko was vaccinated with.”

Among foreign vaccines, the surveyed specialists prefer Pfizer/BioNTech (40%), the second most popular being Moderna (16%), followed by AstraZeneca (13%), Chinese Sinopharm (9%), Janssen (3%), and Indian QazVac (1%).  18% gave their own answer, where the most frequent was that they would either get a Russian jab or none at all.

When choosing a vaccine for pharmaceutical specialists, three criteria are most important:  the effectiveness of the vaccine (27% of respondents), the lowest number of side effects (27%) and the scale of clinical trials (25%). For another 11%, it is important for a vaccine that research journal publications are devoted to it, and 8% do not care about any of the above, the only factor being the availability of the vaccine. The answers given by the respondents themselves most often mentioned “safety”, “the mechanism of action”, “experience of use in other countries” and “a long period of trials”. That means that this is another area where the problem is due to the lack of information about the vaccine, this time among pharmaceutical workers.

The sample in this study is peculiar as it includes a large number of pharmacy employees, that is, people who not only serve as a source of information on health issues for their customers people without specialized education, but also those who regularly encounter people, including those who are not very healthy. Nevertheless, 64% of respondents believe that vaccination is “a voluntary matter” and must not be made mandatory. Only 36% of respondents believe that vaccination is mandatory for people working in contact-based professions.

The respondents’ comments demonstrate the consequences of all the shortcomings in the communication strategy of the vaccination campaign. For instance, many respondents say that “all imported vaccines are of poor quality”, “there are numerous deaths and serious side effects, Pfizer and AstraZeneca keep back the truth about the scale of the problem”.    Many people say that the state (and not only Russia) “makes citizens experience fear and misunderstanding in the context of an emergency”, and that “there is a feeling that we do not have a single anti-epidemic service in our country at all, there is no senior virologist and no established procedures for the actions of state structures and the society in case of emergencies and epidemics”.

The survey was conducted from July 12 to 26, 2021 in the PharmaRF community. The study involved 835 people, including pharmacy employees, pharmaceutical industry specialists, people with pharmaceutical and medical education.