Sirius University has started developing new drugs and RNA vaccines to treat antibiotic-resistant infections. This was reported by the press service of NTU Sirius.

Due to the research of the SIRIUS University of Science and Technology, antibacterial therapy should become more effective. It is also expected that they will contribute to preventing the emergence of antibiotic resistant strains. The researchers of the university scientists are creating drugs that can enhance the effect of existing antimicrobial drugs by weakening the protection of pathogenic bacteria. The University will receive 360 million rubles for the implementation of the project.

Grants from the Ministry of Education and Science were won by three SIRIUS research projects in the field of genetics simultaneously. The university performs them in cooperation with leading Russian centers. The total research funding will amount to almost a billion rubles. It will be obtained as a part of the Federal Scientific and Technical Program for the Development of Genetic Technologies. A key project was devoted to the development of new drugs for the prevention and overcoming of bacterial resistance to antimicrobial drugs. The Engelhardt Institute of Molecular Biology of the Russian Academy of Sciences became a partner of the research program, and the Pushchino Scientific Center for Biological Research of the Russian Academy of Sciences became a co–contractor. The project is intended for 2021-2023.

“Antibiotic resistance, which bacteria develop over time, is a global threat. Every year, almost 700,000 people around the world die from strains that cannot be treated with traditional drugs. The development of new classes of antibiotics and their introduction to the market can take decades, and within a few years after the appearance of a drug, bacteria develop resistance to it. In our research center of Genetics and Life Sciences, we are creating a world-class research team to work on this project, as well as an advanced research and educational infrastructure, to ensure Russia’s leadership in developing new approaches to combating bacterial infections,” Roman Ivanov, Vice-Rector for Scientific and Technological Development of SIRIUS University of Science and Technology, explained.

The researchers are developing conceptually new approaches: these are drugs that suppress the systems that protect pathogenic bacteria from the action of antibiotics, new bacteriolytic enzymes and RNA vaccines against life-threatening infections, for which antibiotic resistance is typical. There is currently no technology in Russia to develop and produce RNA vaccines. The money for the project should arrive this year. Under the terms of the grant, the RNA vaccine must be prepared for clinical trials by the end of 2023. 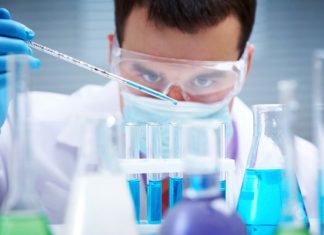