Russian President Vladimir Putin, during a meeting with members of the Government of the Russian Federation on Wednesday, November 24, announced that he had tested a nasal vaccine against coronavirus infection.

“I do not have any special conditions. My case is typical: exactly six months after vaccination,  my antibody titers decreased, and experts recommended a revaccination procedure, which I had a few days ago,” the president said.

As the Russian president explained, first he did it in the form of an injection,  and the following day, after a conversation with Denis Logunov, deputy director of the N. F. Gamaleya National Research Center for Epidemiology and Microbiology, he was administered the second part of the vaccine, “which was in the form of nasal powder.”

“The syringe was the same, but the doctor filled it with powder, not with a liquid; he asked me to inhale deeply when he counts to three, then he sprayed the powder, I remained sitting for 15 minutes, and it was all over. I did not feel anything special. Nothing. This morning, after these two stages of vaccination, I already did some exercise,” Vladimir Putin said.

At the meeting, he urged all Russians to get revaccinated from COVID-19 in a timely manner.

Putin was revaccinated from coronavirus with Sputnik Lite. He announced that on November 21 at a meeting with Denis Logunov. 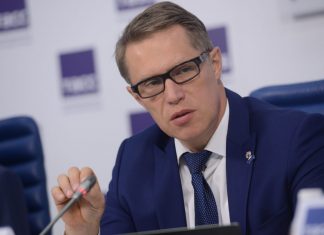 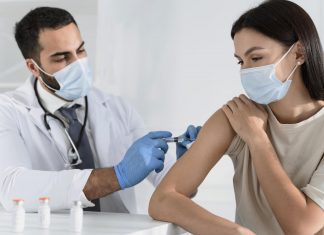