In September, the Chemopharm plant in Obninsk launched the production of Edarbi (dosages of 20 mg, 40 mg and 80 mg), a drug for the treatment of hypertension. Localization of this product will significantly simplify the logistics of production and provide patients suffering from hypertension with uninterrupted supply of Edarbi. This was reported by STADA’s press service.

“Edarbi’s formula is based on azilsartan medoxomil. The drug belongs to the class of sartans, a group of medicines designed to combat arterial hypertension. Many patients who have the disease seek medical help quite late, preferring to turn a blind eye to the problem for a long time. According to WHO, over 30 years, the number of people aged 30-79 years suffering from hypertension has doubled, reaching 1.28 billion people by 2020. Moreover, almost half of them had not suspect they had arterial hypertension,” the report says.

Experts note a minimum of side effects, good tolerability of the drug by patients and the possibility to achieve the target blood pressure within a short time. The substance from which the drug is made has not changed after localization, so patients can expect the same results from therapy.

Elena Semenova, Vice President of Prescription Drugs at STADA Russia:  “Edarbi is the leader among the sartans on the Russian market and No. 1 among drugs prescribed by cardiologists. This year, it entered the Top 10 on the Russian retail market of prescription drugs. With the high demand for the drug, as well as the need for long-term therapy, we decided to localize Edarbi in the Russian Federation as soon as possible. And we succeeded.”

STADA paid special attention to the transfer of analytical technologies and equipping the laboratory and the production site. This is important experience that can then be applied to the localization of other drugs. 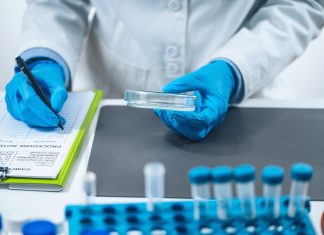