OOO Diamed-Pharma, which had previously obtained an order from the FAS to ban the distribution of Drastop, a drug for the treatment of the musculoskeletal system, in the Russian Federation, began sending letters to pharmacies which, according to the company, continue to sell the drug. Diamed-Pharma demands that the networks stop selling Drastop and that each of the organizations pay 5 million rubles as compensation for the batches of the product already sold.

The letters were received by more than 20 pharmacy chains and distributors, including Katren, Novosibirskaya Aptechnaya Set, ASNA, Aliya Pharm, Apteka Service Plus, and others (GxP News has copies). Representatives of Diamed-Pharma demand to immediately stop the sale of Drastop in violation of the exclusive rights of OOO Diamed-Pharma to the invention under the patent and pay compensation to the patent holder in the amount of 5,000,000 rubles (the amount of claims to each of the pharmacies is the same), or to conclude an agreement with the copyright holder on compensation for the quantity of Drastop that has already been sold.

In December 2020, the Federal Antimonopoly Service Administration for the Moscow Region ordered OOO Trokas Pharma to stop introducing Drastop into civil circulation in Russia by the end of January, in connection with the violation of the exclusive rights of Diamed-Pharma to a patented invention. The claimant in the case was OOO Diamed-Pharma, which owns a patent for the production of Mukosat. The company managed to prove to the regulator that Drastop is produced based on a patented invention.

After that, Trokas Pharma filed a lawsuit with the Arbitration Court of the City of Moscow demanding that the FAS decision be recognized as unlawful. As follows from the Commercial Case File Database, the Arbitration Court of Moscow in case No. A40-2379/2021 refused to satisfy OOO Trokas Pharma claims for invalidation and cancellation of the decision and the order of the Federal Antimonopoly Service for the Moscow Region. The appellate instance also supported the opinion of the court, and on 17.06.2021, the decision on the case entered into legal force.

GXP news has a response from ASNA, one of the networks that received the claim. The lawyers of the network write that neither OOO ASNA nor any of its subsidiaries sold Drastop. Representatives of the pharmacy also write that they do not have the opportunity to monitor patent proceedings of all drug manufacturers in real time and  “expect reasonable actions from the party whose right is violated, including at least a notice to market participants about the fact that the court decision has entered into force”.

Representatives of OOO Trokas Pharma did not respond to a request from GxP News. 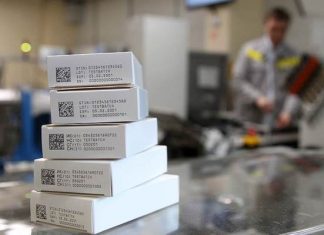 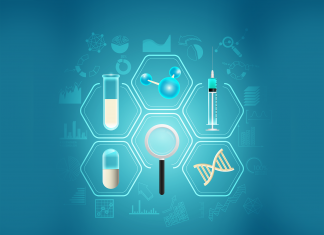